Against All Odds – Navin Gulia’s Inspiration & Passion for Life

Against All Odds – Navin Gulia’s Inspiration & Passion for Life

It is said that God only tests those with hard times who are capable of handling & thriving against all odds! We always wonder if we deserved the hardships we face, but forget that the strength we draw from facing such hardships is an experience in itself. It not just makes you a fighter for life but also instills a victory-at-all-costs attitude which is hard to get normally.

Many of us fall down when struck by the forces of nature & life. Very few have the courage to stand back up & even fewer give it right back to the adversity!

This inspirational story of Navin Gulia is of those rare types, who not only fight to the end but also have a passion for life that is unmatched & unreal. Navin was a victim of an accident on the last day of his course at the Indian Military Academy which produces officers of the Indian Army. Just a day away from becoming a proud officer of the army, Navin had a spinal cord injury which rendered him paraplegic.

Imagine the anguish he would have felt with not just a lifetime of dreams shattered, but also the lifelong incapacitation that came with the injury. But even then, when hit by such a massive blow by fate, he was his optimistic & lively self, his friends say.

The story of this brave fighter began when he faced his first fight against the Govt to secure his pension as an officer of the army since he had almost completed the course. He not only came out victorious but there was no looking back for Navin since then.

Although his body was strapped to his wheelchair, his mind & spirits were just as free as before. He never let his incapacities in between his passion for living his life to the fullest. Navin realized that he needed to drive around if he had to actually enjoy the freedom of movement & pursue his passion for travelling. This pushed him to modify his jeep to suit his altered capacities & once that was taken care of, Navin headed out not just in the streets of Delhi but also far-flung remote locations up North.

Navin not only modified his own car but also modified cars for polio affected individuals, also designed a hand driven kit for the differently abled which could fit any car. He created a Limca Book record when he drove a Tata Safari to the highest motorable mountain pass – Marsimik La.

Navin has also been instrumental in sharing motivational talks with soldiers wounded permanently by war or paraplegic patients in hospitals. While lying on own hospital bed post multiple surgeries, Navin realized that there were many things which he may not be able to do once he was out of the hospital. But this strong fighter decided not to while away in pity & take the situation into his own hands.

Navin completed a course in computer proficiency with 99 percent marks, he also studies & got his master’s degree in Computer Management with first class. This enabled him to become financially independent again as he started conducting coaching classes in computer science.

His zest for life is not only limited to personal success but Navin is also the founder of AADA & Jan Jagriti – two NGOs which work with street children. He also adopted a village some years back which had an abysmally low female to male kid’s ratio.

Today, Navin is not only an example for the differently abled or paraplegics but more so to us who are not limited by any physical damages. He has shown the way to many of what all can be achieved by the simple act of mind over matter. Navin Gulia’s struggle for a better world & his passion for life must be saluted by all by donating our sweat to any of the causes close to our heart.

Social
« Urban Greenery: The Key to the Future Happiness of Cities
World Day for Cultural Diversity: How You Can Join the Movement? » 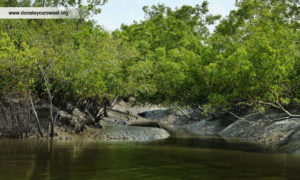 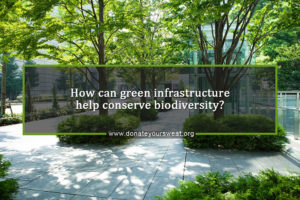 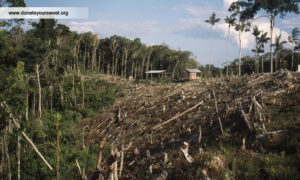