India continues to struggle because of the acute water shortage. Availability of good drinking water in both rural and urban areas is turning out to be burning issue. Discussions on water scarcity invariably highlight issues such as the high level of water pollution, the problems caused by prolonged droughts, the decline in the groundwater table, and water-borne diseases, among other things. While the people living in rural areas contend with harsh weather conditions on a daily basis and travel long distances to source safe drinking water, those in cities struggle with poor quality drinking water and limited supplies. Reports show that unsafe drinking water is the root cause of 21 percent of the communicable diseases seen in the country. Further, the water from three-fourths of the rivers and lakes in India is not potable (cannot even be used for bathing) because they are highly polluted.

Despite the struggle, many people across the length and breadth of the country are striving to do a lot of things with water conservation in mind. Wells are being constructed, awareness about the importance of conserving water is being conveyed through various means, and check dams are being built to ensure the availability of safe drinking water to the needy. Studies reveal that as many as 69 crore Indians do not have access to safe drinking water. As such, India needs water warriors. You are also welcome to become a water warrior. All that you have to do is take the Jal Daan pledge and give five litres of safe drinking water to someone in need of it in your neighbourhood on a daily basis.

Don’t worry if you have not yet taken the pledge. Read on to know a little as to what some of India’s water warriors are doing towards water conservation and water management. They might inspire you to take the pledge.

Ayyappa Masagi, a proponent of water conservation, has helped thousands of people change their lives by encouraging them to put rainwater harvesting into practice. A resident of Karnataka, he bought six acres of dry land in a Gadag village and planted rubber and coffee. He demonstrated that these crops can be grown even if the region does not receive copious amounts of rain. Of course, he failed several times in his attempts but the research that he carried out over the years showed that if the bore-wells are recharged and non-irrigational agriculture methods are practiced the problems could be solved. He reaped good harvests in the succeeding years and encourage others in the neighbouring areas to do the same. Ayyappa is credited with the development of thousands of such projects in 11 states across India. He has also created more than 600 lakes in various parts of the country.

India’s waterman Rajendra Singh has received many appreciations and recognition’s for his water conservation efforts in rural areas. Rajendra came to Rajasthan in 1959 for setting up health centres. On realising that people needed water more than health care, he set to work with the villagers and started building mud dams or johads, a traditional method of rainwater collection. There are about 8,600 johads and several similar structures for collecting water in Rajasthan. They provide water to more than 1,000 villages across the state.

The Malguzaars, eastern Vidarbha’s local zamindars until about two centuries back, had built many tanks. The zamindari system was abolished and the government took over the ownership of the tanks and collected water tax from the users. The tanks were left unused when the Malguzaars filed a case in the Supreme Court. Shirish Apte, executive engineer, Bhandara Minor Irrigation Division, who took charge in 2008, restored one tank in two years. Groundwater levels increased and resulted in the better fish production and agricultural output. The district administration has now restored nearly 21 tanks.

The water heroes have demonstrated that a lot can be done to make potable water available to the needy. You can contribute through Jal Daan by pledging now.

Strategies for Conserving Water at your Business

Gender Equality At Workplace – Current Scenario and What Can Be Done 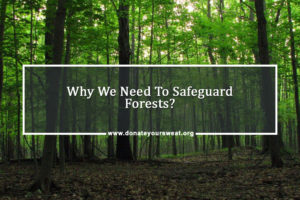 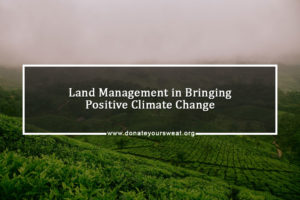